London-based artist and good mate of ours Benedict Radcliffe wanted to create a motor-driven bicycle, a motor bike at it’s most basic, and just before starting he fell off his bike and had his arm in a cast, casting a dubious shadow over the project. As he is inclined to do Superted came to the rescue, building a destinctly ESB-ish frame to take a motor (I’m telling you ESBs are strong beasts) and here’s what came out of it. The moto-bike isn’t finished yet and I saw it being built the other day, but it’s fully functional and rad to the max 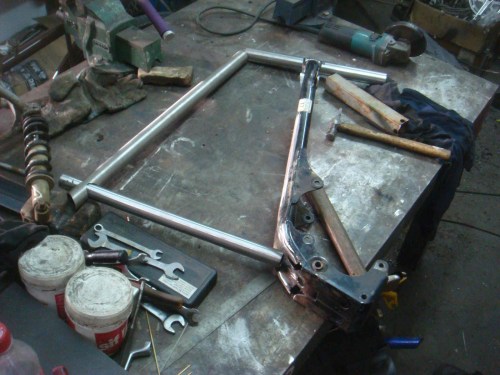 This entry was posted in art, general, riders. Bookmark the permalink.